Fluoride in our water - The controversy

We drink it every day without a moment´s thought but the Irish state has been dosing our tap water with chemical fluoride for decades.  Back in the 1960s, some scientists believed that by adding fluoride to drinking water they could reduce tooth decay. However, there is a growing controversy that this medication of the Irish population, whether we want it or not, is outdated and dangerous. After all fluoride is a toxic substance, found in rat poison and pesticides. The Food and Drug Administration recognised its toxicity in 1997 when it required by law that all fluoride toothpastes in the United States carry a poison warning – "If you accidentally swallow more than used for brushing, seek professional help or contact a poison control center immediately".

Government dentists contend that the levels of fluoride in our drinking water are so low that there is no risk of poisoning. But how do you control such levels when you are prescribing a medicine by thirst? Before I prescribe a medication for a patient, I know the patient's age, their medical history, and whether they have an allergy or not. All this information is taken into consideration before writing a prescription. In water fluoridation, you know nothing about the patient, whether they are taking other drugs, nor if there is an underlying medical condition, and very importantly, you´ve no idea whether that individual is allergic to fluoride or not.

In fact, not only do the government not know this information, they don´t care! Section 6 of the Health Act 1960 that allows fluoride in our water also required successive health ministers to carry out health studies. In nearly fifty years, not one study has been completed. In light of the scientific controversy linking water fluoridation to serious health conditions such as bone cancer, hip fracture, irritable bowel syndrome and decreased IQ in children, Micheál Martin set up the Fluoridation Forum in 2000. Unfortunately, it was a wasted opportunity made up with the same government dentists who have built their careers on fluoride. The only positive aspect was the involvement of the Food Safety Authority of Ireland (FSAI) who studied the fluoride intake of bottle-feeding infants. Due to their small body weight, infants consuming tap water in their feeds were receiving up to seven times the safe limit for fluoride; and even more shockingly 200 times the levels found in breast milk. 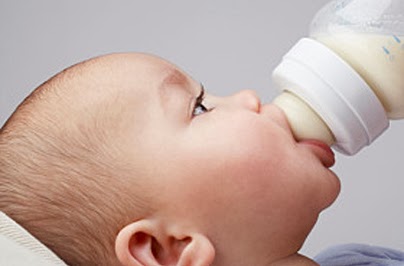 The FSAI concluded, “the precautionary principle should apply and recommends that infant formula should not be reconstituted with fluoridated tap water”. This was the end of fluoridation in Ireland; either breastfeed or buy bottled water to feed your newborns, the prescription by thirst would be fluoride´s final downfall. But the report never saw the light of day. Realising the significance for fluoridation, the government forum buried the report. And next year, the same government will fix meters to our taps, they will expect us to pay to be poisoned by fluoride, as if we haven´t paid enough over the last 49 years.