They´d been shouting in whispers all morning, her younger brother hadn´t noticed. Yesterday´s clothes gave off a musty odour adding to her tiredness while downstairs the parents batted looks of scorn over cereal bowls as she umpired their silence.  Still unaware of the game she hoped things would improve when Dad finished his coffee and left for work.

They didn´t; the car was tense. Finally, switched on to the situation, her brother resorted to needy mode. He suddenly became useless, fiddling with his seatbelt and complaining his shoes hurt. Up front the mother crunched through the gears and the traffic. The girl undid her own seatbelt to loosen her brother´s shoelaces and make sure his belt was secure. “Your father won´t be collecting you after school today”, the mother declared as she huffed before another red light, “I will”.

Distracted and tapping the steering wheel, “You know every night when we brush our teeth. Well today, you´re going to visit the man who makes sure your teeth are okay. He´s called the dentist” she hissed the final syllable, a screech of tyres ending all discussion.

Her girlfriends shared their dentist stories during break. Most were positive so she felt better when her mother returned at home time. Her brother was already in the car with his tired, hungry face. They parked up and the little boy was deposited roughly in his buggy. The mother was oblivious to the tears that streamed down his hot cheeks so the girl grabbed his hand and squeezed, wishing she too was somewhere else.

In the waiting room, they waited their turn. The mother tore sweaty fingers through countless magazines, reading none of them. When a smiling lady opened the door and called the girl´s name, she jumped up from the sofa, tripping over herself with excitement, and fell hard on her knee. The mother rushed to her rescue. “You´re okay, darling. Don´t worry it´s only a scratch, it´s fine”, she reassured rubbing the fresh bruise.

The mother looked up at the nurse and her caring expression evaporated. She shrank back; returning to the magazines where the toddler recorded everything through half closed eyes. Despite the storm of confusion brimming in her brain, the girl took the nurse´s hand and left her mother, her brother and the waiting room. She repeated the nurse´s words over in her head, “such a brave girl”, “such a brave girl”.

“What´s your name?” asked the dentist giving her a big smile as she jumped up on the chair. “It´s your first time with us but where are your parents?” “They´re scared of the dentist”, she replied in that honest way kids only know. “They had a row this morning because my dad didn´t want to bring us. My mam is too nervous to come in and my younger brother´s pretending to be asleep…But I´m not scared, I´m here for my check-up”. And she opened her nearly four-year-old mouth as wide as she could. 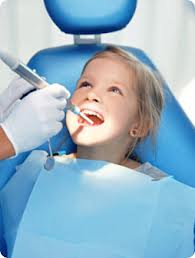