Pressure, push, push. It loosened, then shivered like a wet dog until it was out. “Is that it?” asked himself, “Jaysus Doc that´s great, I never felt a thing”. “From now on, I´m going to come more regularly”, he sat up and studied the pulled tooth on the tray. Turning it over and over, “Look at that hole and the size of the roots on it”. “How I´ve suffered Doc”, he sighed and in the same breath, “can I take it home to show the kids so they´ll brush their teeth?”

Believe it or not this is not an uncommon reaction to having an extraction. Although there is the question of who actually now owns the tooth, whether it´s the dentist´s - because he pulled it or the patient´s - who arrived with it so perhaps should leave with it, the most important point is what cause and effect a story illustrated by said tooth will have on his children.

Try and picture the scenario: kids sat around the table finishing their dinner.  “And do you know where I was today?” asks himself. “At the dentist!” they chime back in chorus. “And do you know why I was at the dentist?” glancing at the five year old, “Because you had a sore tooth Daddy”. The father again, “And what happens if we don´t look after our teeth?” Before they can answer, out comes the monster and holding the pulled tooth up so they can all see it, he declares, “This is what happens if you don´t brush your teeth”.

We can imagine the sight of your father´s extracted 3-rooted upper molar being fairly traumatic for a five year old. With only milk teeth for comparison and the fact kids have no idea about roots, its close-up would be intimidating. Next comes the question, “how did the dentist get it out?” which I won´t expand upon to protect trade secrets and finally the child´s most probable conclusion, “It must have hurt?”

With the kitchen light still glinting on the tooth´s enamel this thought process called causality, how one thing causes/links to another, has taken less than five seconds. Although the father continues to explain that he felt nothing during the extraction, the children are soon imagining blood, guts and a gaping hole where the tooth once lived. We now have kids who will scrub their teeth fearfully twice a day however you´ll only get them through the dentist´s door kicking and screaming. 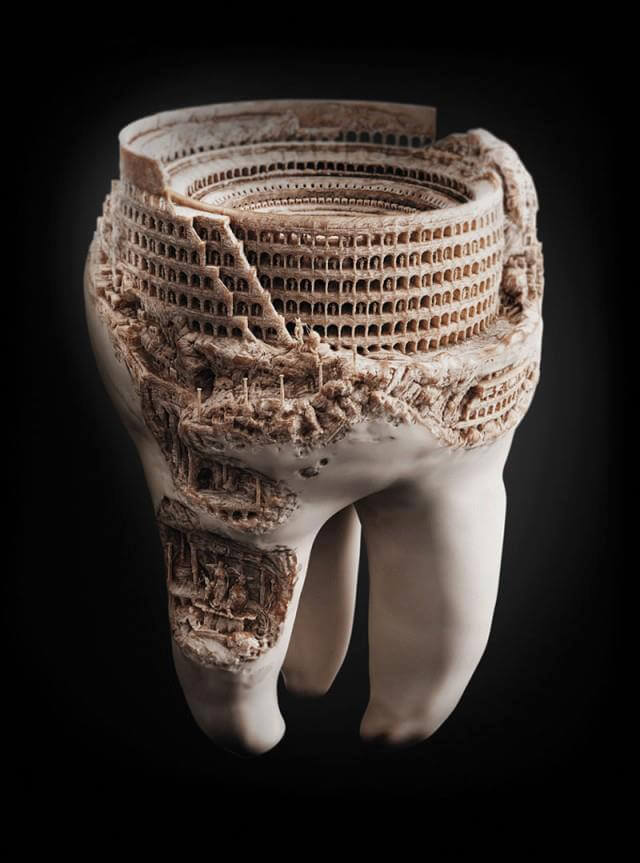 I´m sure this wasn´t the father´s intention but often we don´t consider how our stories impact on children. Looking to our own past we don´t remember a steady stream of events, we remember chunks, scenes, anecdotes which we later reconnect into memories. These stories hold our lives together, where we heard it, who told us it and our connection to the teller. We collect information and use it at each crossroads we come across in life, whether to slow down at the dangerous bend or whether to go to the dentist when a tooth is sensitive before it starts aching.

So think well before you tell a story because one day it may become your own, the only memory you have left behind when you depart this mortal coil. And don´t ask me for that tooth because it´s mine, I pulled it!