After all these years, the receptionist watched the dentist finally sign the papers. She whisked them up, packed them into an oversized envelope and presented it back to him. He threw her a tight-lipped smile and headed for the post. As the glass shuddered after him, she recalled those signs from her college days in London, grubby signs hung in hotels and guest house windows, often hand scribbled yet still carved in her heart.

Heavy clouds hovered overhead, the air was saturated. A few hardy types well insulated against the elements led the way. Mid-morning breaks never used to be a reality but since the bubble burst he had time on his hands, too much time. Scurrying past the shopping centre he clutched the envelope as if his future depended on it. At least the older clients hadn´t abandoned him. Yet he still felt a little embarrassed when they enquired about business. He didn´t enjoy lying to them, nor to his family for that matter, however the signs were there – flaking paint on the exterior, the patched-up equipment and same-day appointments always available. Most knew his prices hadn´t budged in years; those that complained weren´t sent reminders. After all, he was an experienced dentist and deserved every penny he could wring out of them. 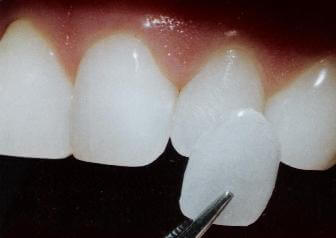 The queue at the post office was moving well until the waves of doubt rolled in again. Suddenly, he felt like an old cloth, once useful but now scrunched up and discarded to dry and wither in some window where one day, if someone should find and try and open him up, he would simply crumble to dust. “Was this envelope the answer to his troubles?” The question still hung on the line when a retired colleague interrupted his thought convention. This good old boy was in great form, having sold up before the crisis, he praised his friend for holding out.  Heads turned as the old-timer worked himself into a lather of criticism against other dentists in town who had dropped their prices, practically foaming at the mouth on the subject of websites and patients shopping around.  “That never happened in our day, eh? If they didn´t like it they went up North, now the Northerners are down here!”

Distracted by the commotion, he didn´t realise he was now hiding the envelope behind his back. Until the old boy spotted it, “What have you got there?” The other retreated, his face reddening with every step towards the door. “Hey, where are you going…and why aren´t you working this morning?” the sentiment squeezed him into the street. He ran for it.

The receptionist saw him coming. Her heart sank at the sight of the envelope containing the application forms. Those signs from her youth came flooding back – "No Blacks, no Dogs, no Irish". She trembled as she touched her own envelope deep in her tunic´s pocket. Resignation or overreaction, thoughts of family kept it hidden.  The dentist stormed in, refusing to look her in the eye, he casually straightened his sign in the window, it read – NO MEDICAL CARDS.