There was no respite all morning. Only a child remained before lunch, a loose milk tooth that must be numb by now.  The kid hopped in the chair and with his father sat opposite, the dentist searched for the offender.  They usually fall out on their own, he thought, but this one had stubbornly hung on – disrupting sleep and breaking habits. The dentist stroked his glove over tiny teeth, the child´s bruised tongue leading the way until he felt the culprit fidget between his fingers. Hesitating, he looked up at the child´s father, his familiar expression and the sharp edge of the baby tooth sent a shudder through him.

The dentist´s stress and hunger left him, an exquisite warmth rose in his stomach. Suddenly joyful, he saw himself reflected in the child´s eyes. Time became invisible; he felt the wobbly tooth with his own tongue, the ease of its movement back and forward as he rubbed its rough under-surface, a metallic taste filled his mouth and he looked up into his own father´s soft, hazel eyes, knowing this man would always love him and never do him harm.

He was calm watching his father deftly make a loop in the black thread, stout fingers working their magic, explaining as he went, “a loose tooth is like having a stone in your shoe, son, you can shift your weight or wiggle your toes but at some point you´ll have to take off your shoe and remove it” and with that he handed over the noose which the son placed around the tooth. The father gave him the end of the thread and watched intently. The boy never flinched under those caring eyes, the tooth was out and the father threw him proudly upon his shoulders so he was taller than himself. 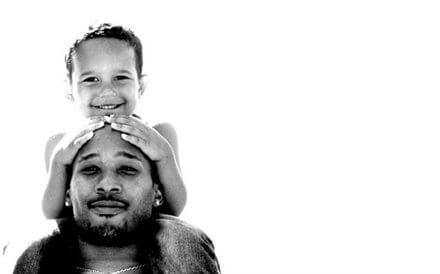 The dentist recovered. Smiling at the little boy in the dental chair, he popped the milk tooth in an envelope. The father gave his son a big thumbs-up as he jumped off in delight.  “Didn´t I tell you wouldn´t feel a thing”, he beamed, “I´ve been coming here for years, he´s the best dentist”. “Look, look Daddy, for the tooth fairy”, he held up the packet and then tugging at his father´s coat, “Daddy, Daddy, I want to be a dentist when I grow up”. “Well son, not everyone can be a dentist, you´ll have to study hard at school”, he patted his son on the back and they headed for reception.

But the dentist had broken his contract with habit. Now, he would have to rebuild it all, recall a difficult youth, suffer his father´s death, escape the North, treat an infinite number of patients and learn his trade. Until then, he would return to the surgery riding upon those strong shoulders, sob some and think to himself - you need a lot more than hard study to be a dentist.