Becoming a father for the first time is a joyful, emotional, if shocking prospect. His eyes blinking against the bright hospital lights, your brain too searched its deepest recesses for this shiny face that stared back, one as helpless as the other. The shock passes slowly. But the first months fly by. Then one day he wants to sit up. He likes to watch the fire, the lamps and next he tries to stand. Up until this point you think you have it sorted.  If he can walk then he´ll be able to run. Down the park danger lurked everywhere – bikes, dogs, cars, your mind boggled and soon enough you feared for his future safety under a cloud of overprotection.

Now was the time to take a trip down the memory lane of my own childhood.  We would all like our youngsters to have that same carefree, happy time, as I did, playing outside in a gang of kids. Unfortunately, more and more children are finding their childhood stolen.  And the culprit is, like mine, parents´ fears. Recently, a class of eight to nine year olds was asked to describe happiness and one replied, ‘‘Happiness is being able to pay the mortgage.” Now that answer didn’t originate in the playground. The reality is kids are spending too long indoors with adults and not enough time outside with their peers. 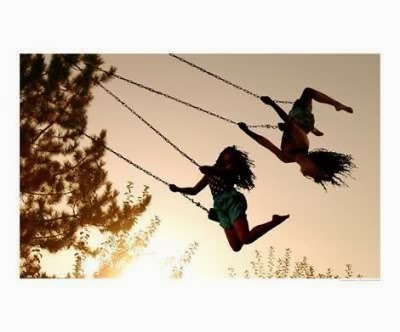 Instead, recreation is now locked up in a home flush with gadgets. Excused as educational devices, televisions and computers become their convenient window on the world where, with less monitoring, our children make their first decisions alone. Changing the channel or surfing the web, there is no democracy of the gang and there is no social or sharing experience. We are creating a generation of individuals, mere fodder for advertisers who ruthlessly exploit them for profit. So you can’t really blame kids for wanting more stuff. And when refused we find we´re breeding resentment, not the well-adjusted offspring we hoped for.

But at least inside they are safe, I hear you cry. Safe from what? The bombardment of hungry corporations, the violence of negligent TV programmers or the obesity of inactive lifestyles; take your pick. In the 1970s, Northern Ireland wasn’t exactly the safest place on the planet yet we played outside from dawn until dusk. We heard bombs, we were aware of the dangers but it didn’t rule our lives or our parents’ every waking moment.

It is, however, silly to argue that nothing has changed since then or that nothing changes for the worse. Still we passively accept the hype and fear thrust upon us, forcing decisions that are not in our children’s best interests. We also share little or no responsibility for this unsatisfactory situation and often make the mistake of concluding that everything outside must be bad. Alternatively, we could question the world around us with more interest. We could take stock of the past and place trust in our children giving them more time together on their own terms.
I thought, we´ll start with the swings then maybe the slide. He looked chuffed.